It is a cold and rainy Friday here but we never complain about rain.   This adds to several wet days and the green grass we have everywhere now.  It looks so nice.

Some of the ways I built up the home this week included:

I used six bananas up in two Bananas Cakes.   One was sliced up for our freezer and the other I took to Chloe to help with work lunches.  She often feeds extra workers. 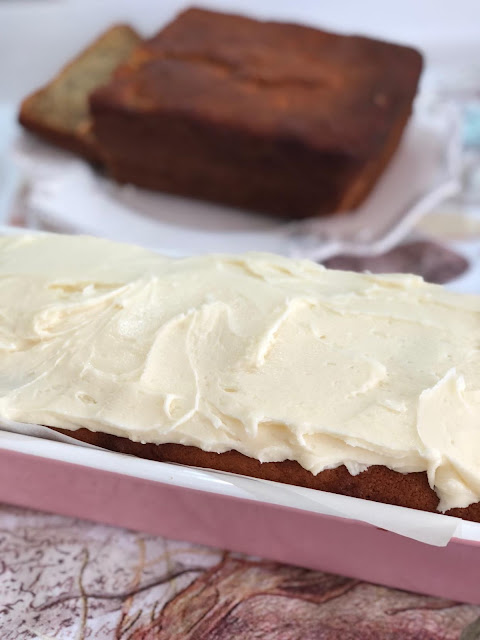 I picked more flowers to enjoy and to try to dry some as well. 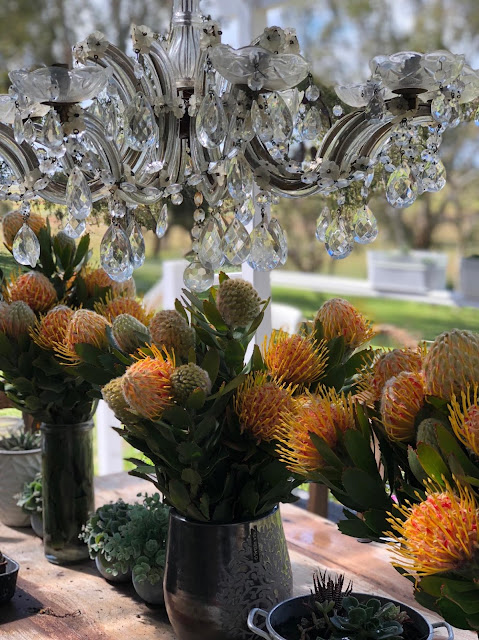 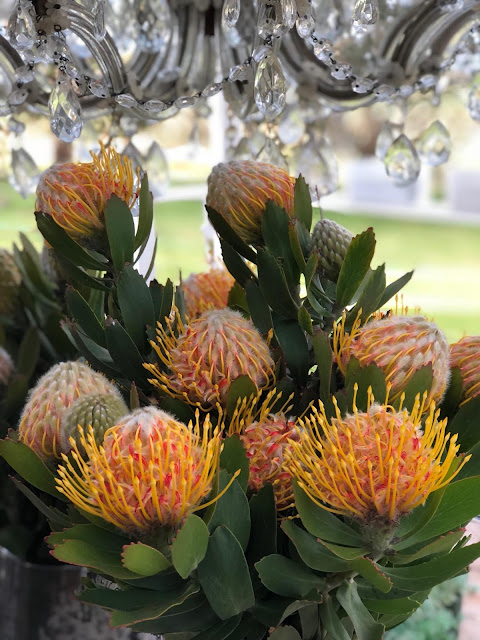 They are lasting really well looking the same as the day I cut them.
My late night viewing has been Acre Homestead on You Tube.   (Amongst others!)  Last night I watched as she and her parents transformed her front garden with a big clear out and then adding a layer of mulch.
I have just finished weeding my garden beds and it has taken several weeks.   It is looking so much better.  When I saw her layer of mulch I thought "that is what I need!"   It would help the plants to not dry out so fast over summer and suppress some of the weeds and look nice.  This morning I rang up to ask what our local garden centre had.   Even though we live so far from a town it has already been delivered!   I am amazed and so pleased with it! 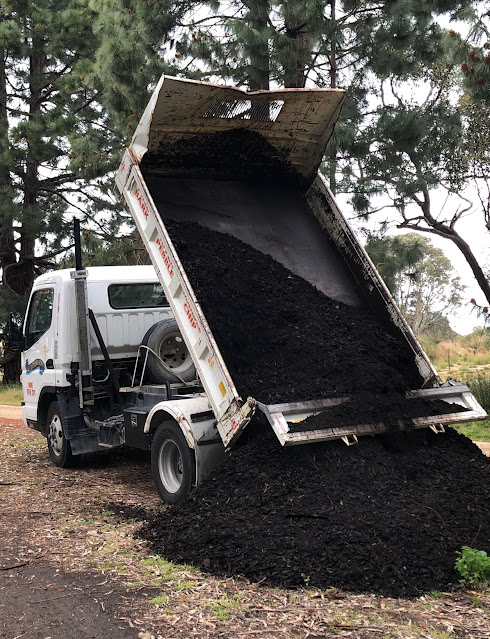 So this is my weekend work lined up!
I had op shop success with clothes for the girls, a large piece of voile with a garden scene on it,  beautiful biscuit tins from Buckingham Palace gift store. 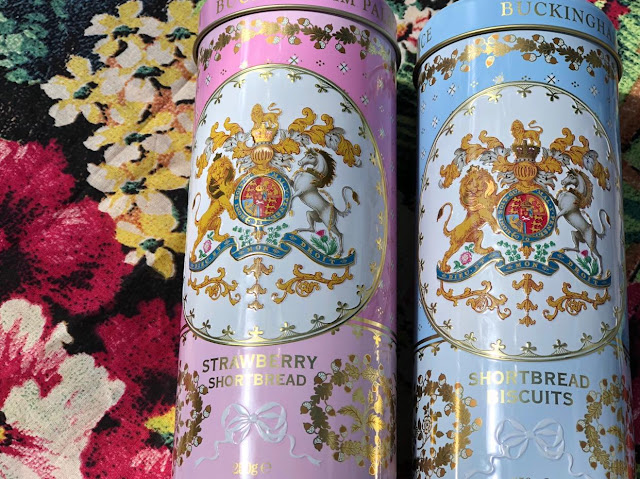 We had a set back.  I lost two chickens to a fox.   This fox broke a small hole into a chicken house.  Now last night he dug a huge hole under my main chook house but did not succeed.   The hole and the mess are both huge.   He is working his way around all the places I keep chickens as I can see scratching.   Andy mended the place he broke in and brought in rubble to pack down hard around the house.   Now he is working on the next spot that is dug out.   I do not want to lose any chickens.   Two was bad enough.
Because of so much beautiful grass we have feed for the cows and sheep that is, in places, waist high.   The cows have grown hugely.  Here are my biggest two. (Laffie, cow and Loui, steer). 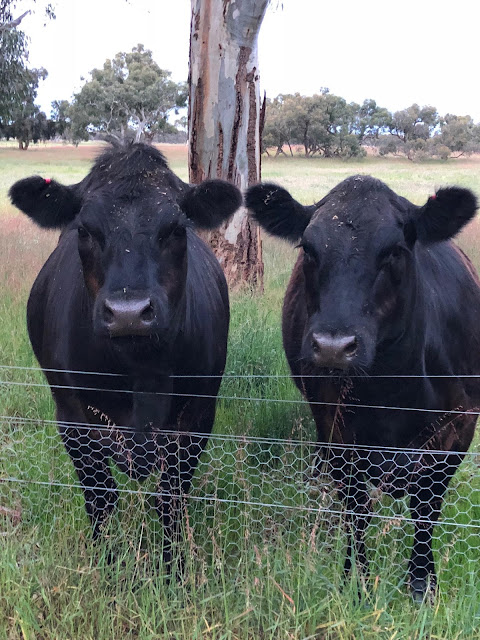 Molly is so good and my little shadow.  She has settled in and is a little boss. She knows her way around too.   She helps round up the chickens and ducks.   Not afraid of the roosters that are four or five times her size.   But when the cows came up to the fence she stood there until Loui bellowed.   Then she yelped and ran faster than a speeding bullet back to the house.  She was off!   Nope she did not like that at all.   Scout has warmed up and now they love each other.
It is my youngest Grandsons first birthday on Monday.    I needed to wrap his presents so I was digging around in my gift cupboard.  At that point I thought I might as well get it all out and see what I have.  Over on The Tuesday Afternoon Club we start making our gifts in January.   Well it really adds up and by now I have forgotten some of what I have!   During the year I see things that are either just right for someone or an amazing deal and I add these in.   Very often I find things in the thrift stores too that are new or vintage like antique french ribbon which I know will make a beautiful gift.    So I got everything out and worked out who I have gifts for and what else I need.    I also remembered what Laine said to me a couple of years ago.   She had wrapped a lot of presents early then she was sick in December.  She was so glad she had done so much early.   So I wrapped four presents!
I made a batch of laundry liquid.  My bottles were getting low. 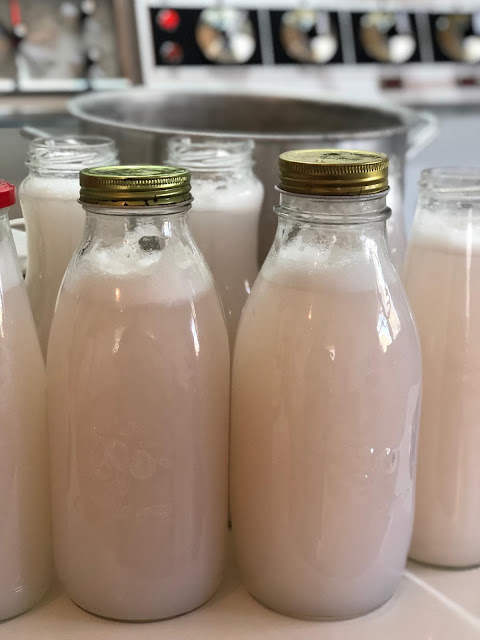 The recipe for the laundry liquid is here.    In the preparedness series I stressed always keeping on hand the ingredients to make your own.   This will enable you to have good clean washing for a very long time. I love how fresh my washing smells.
I made a batch of peanut Butter Biscuits.
We lit up another seven huge bonfires.   They burned all afternoon and all night. 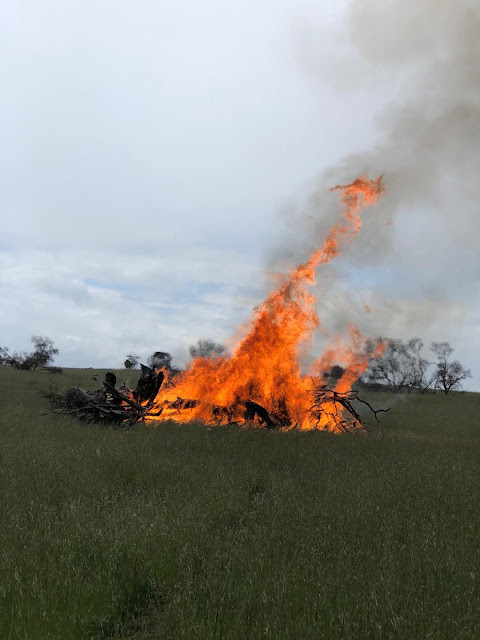 It is good to have these big clean ups before summer comes.
Mum has been going thought things and found a card I wrote for Dad when I was about six or seven.  I remember being excited when we were allowed to use pen and write in cursive. 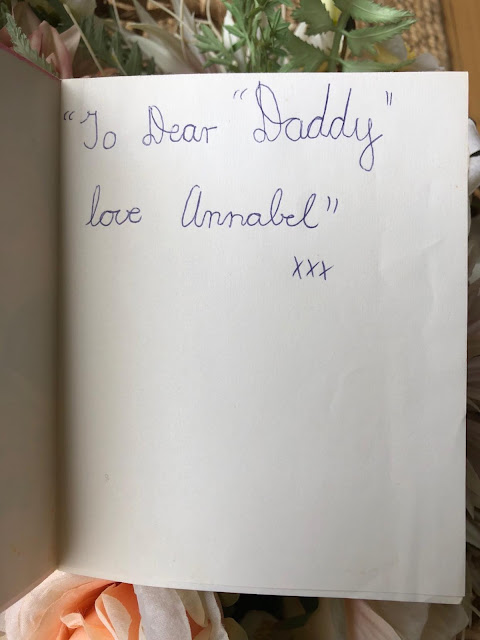 And look... mad on Bluebirds and nesting even then! 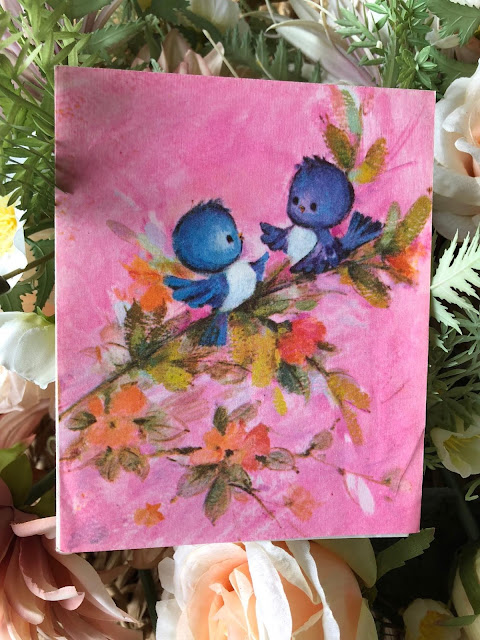 Food shortages, fuel price rises, gas shortages and price rises etc have all made it to main stream media now.  It doesn't matter where you live now the global supply chain issues could impact your family.   One thing tends to impact another ie the energy shortage looks like it will force some British factories to close.  That affects the shelves even more!   We need to have our eyes and ears open.  To be good planners and thinkers.  Be adaptable and have out back ups.  The golden thing about it is unlike some things that hit hard and fast we have had plenty of warning and time to act.  This really is a gift!
How did you build up your home, pantry, garden or preparedness this week? xxx 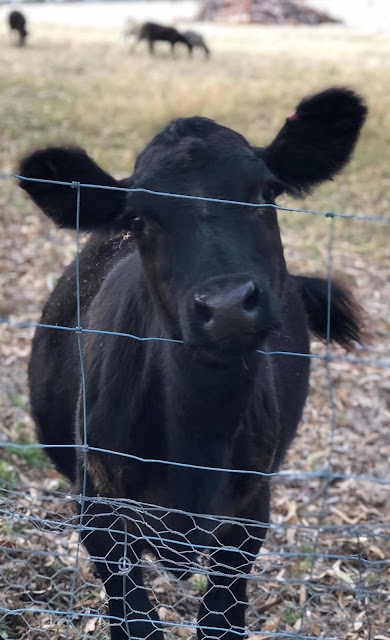 Time for a change. 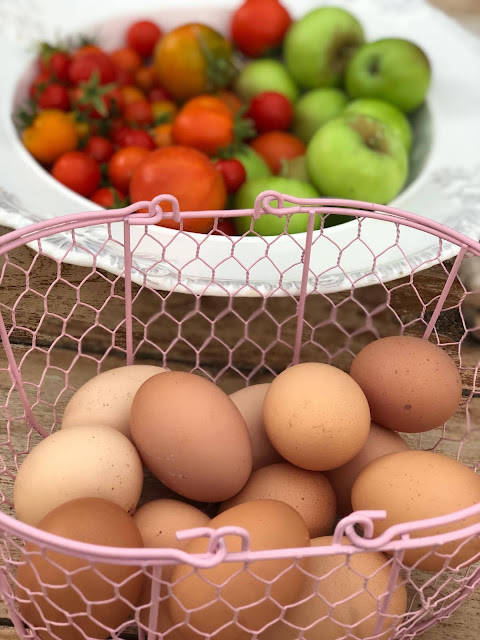